France at its best, right on your doorstep!

What’s on, what to visit, where to go in Normandy? Normandy has a whole programme in store for you. Here are some suggestions for tours, activities and places to stay with an Impressionist, D-DAY, cultural, historical, gastronomic theme and with the very best of the Great Outdoors on offer.…You’ll be spoilt for choice.
Come and marvel at the Mont-Saint-Michel, go back in time and walk along the D-Day Landing Beaches and then relax in style in the seaside resorts of the Côte Fleurie: Deauville, Trouville, Cabourg , Houlgate or Honfleur with its picturesque port, unless you prefer the wilder Cotentin Peninsula  or the dramatic white cliffs of Etretat.
From Deauville, you can explore the 400 miles of Normandy’s coast or go inland to wander down the Seine Valley together with many other must-sees including Rouen, city of a hundred spires, Le Havre with its Unesco-listed city centre, Lisieux and its basilica plus Caen, Bayeux and Falaise to retrace the footsteps of William the Conqueror.
You like walking, cycling, horse-riding, watersports, golf or fishing,you will not be disappointed by the very best of the Great Outdoors on offer.
With its reputation for equestrian excellence, Normandy is home to two National Studs and hosts prestigious events like the Deauville races, so horse-lovers will feel most welcome.
Normandy also invites you to go back in time with many museums dedicated to D-Day and the Battle of Normandy which commemorate the region’s pivotal role in the World War II.
Birthplace of Impressionism, Normandy and especially Giverny are marked by Claude Monet.
As a true gourmet treasure trove, you’ll be spoilt for choice from Camembert cheese to cider and Calvados to scallops. You can also head to Dieppe where you’ll find Normandy’s largest market, held every Saturday morning in the town centre and recently crowned as the 2nd best market in the whole of France! 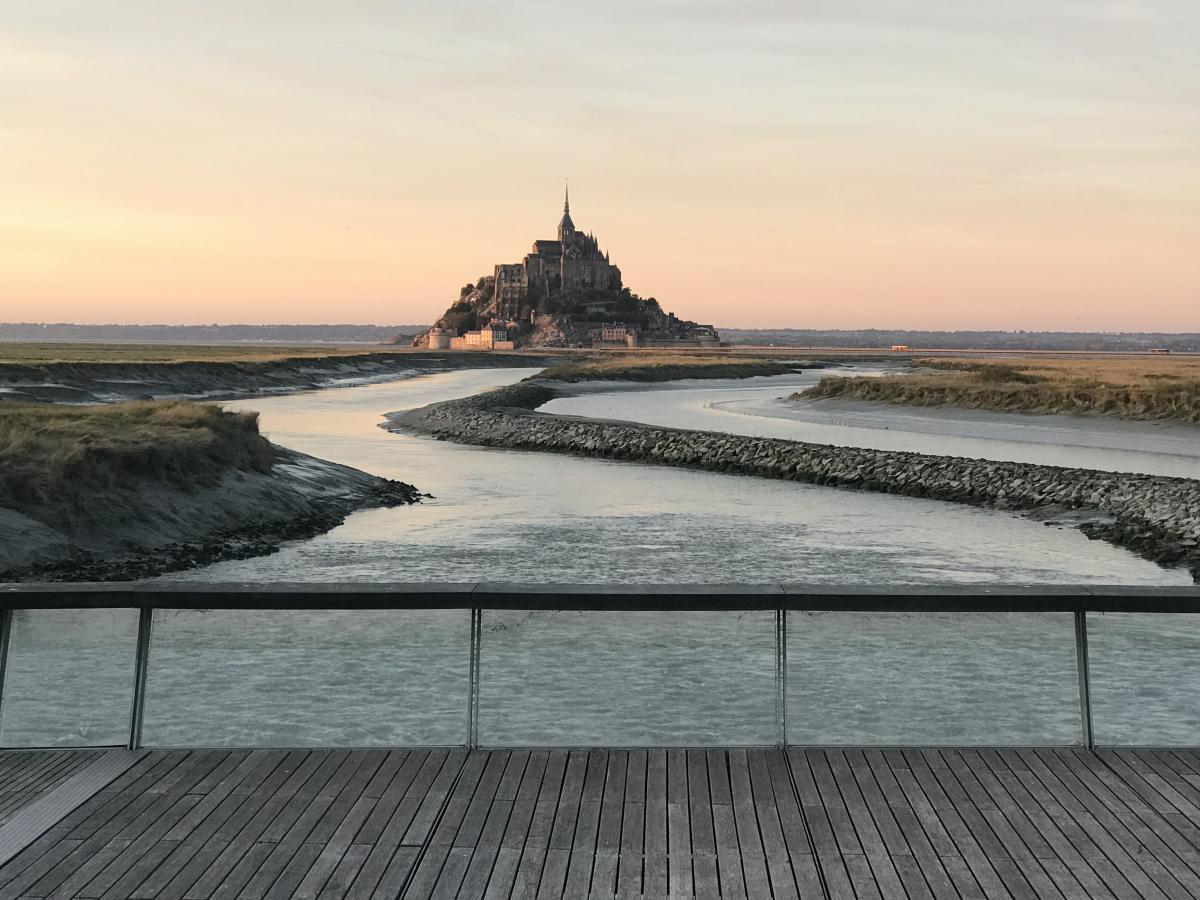 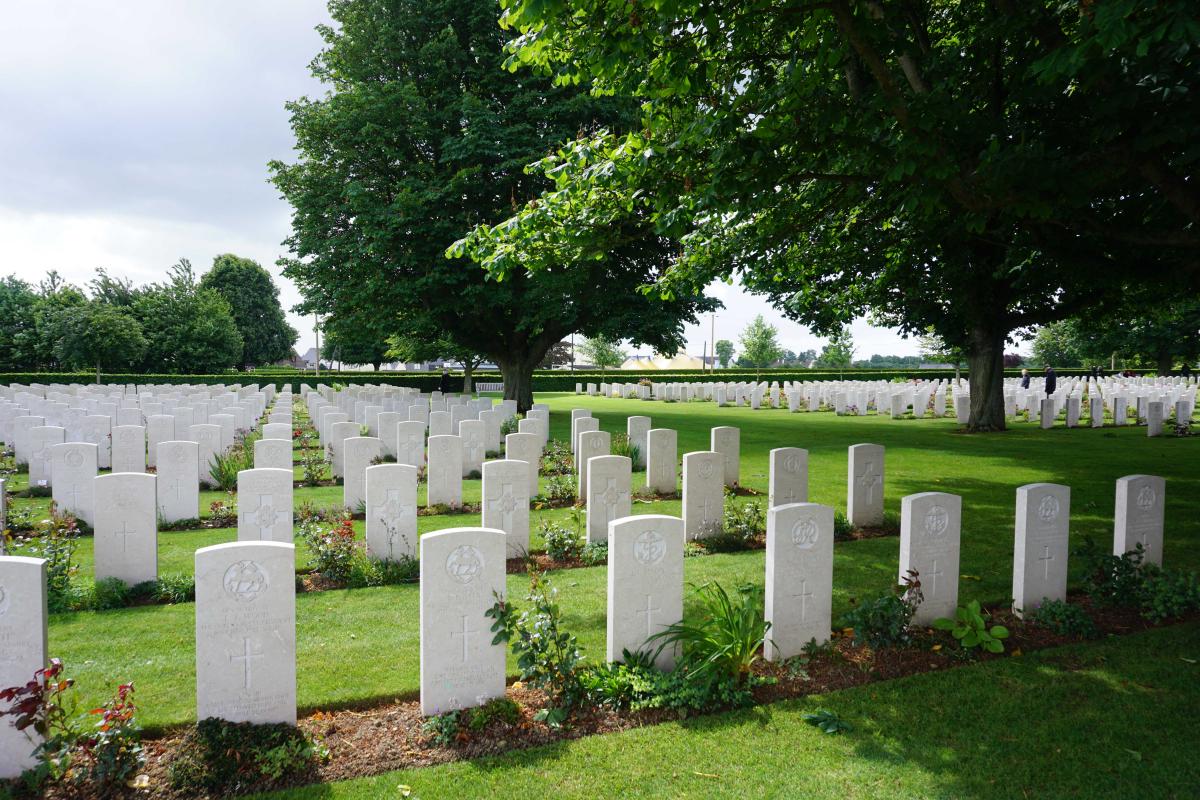 The idea of establishing a great event to celebrate Impressionism, one of the major movements in art history, was born in Normandy in 2010. Having become one of the main artistic events in France following its previous editions (2010, 2013, 2016), Normandie Impressionniste is today a multidisciplinary festival that celebrates artistic creation from Impressionism to the present day. In the spirit of an artistic movement that radically changed our outlook and perspective on the world, the festival aims to be an event that reveals the contemporaneity of this movement, an event that is fully consistent with its time. Normandie Impressionniste seeks to revisit this movement, and to show that it was not confined to the idyllic representation of landscape, but that it was a wholehearted “witness to its time” and inseparable from the societal disruptions of the era.

Taking place from 3 April to 6 September, this multidisciplinary 4th edition proposes 20 Impressionist exhibitions, 30 contemporary art exhibitions, contemporary dance performances, digital art, street art, conferences, a symposium, along with festive celebrations and open-air events all over the region for all audiences. 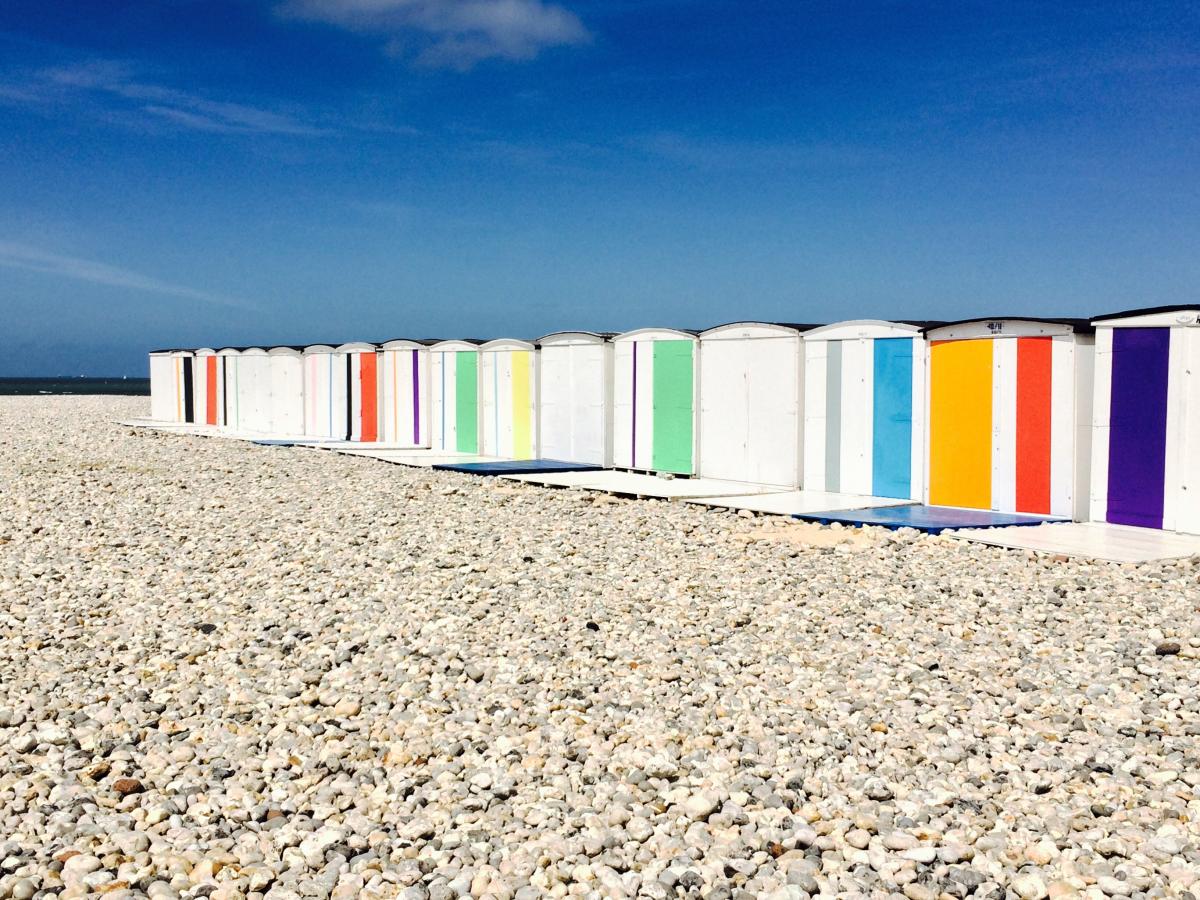 The story goes that it was sailors from Granville who began the tradition of having a wild celebration for Mardi Gras to lighten their mood before setting off on long transatlantic fishing voyages to Newfoundland. The locals love celebrating what is the biggest carnival in Normandy. It is renowned for its street parades, fancy costumes, street concerts and confetti fights. In 2016, the event was even added to UNESCO's Cultural Heritage list. From 21 to 25 February 2020, the streets of one of Normandy's most-loved towns will come alive like never before! 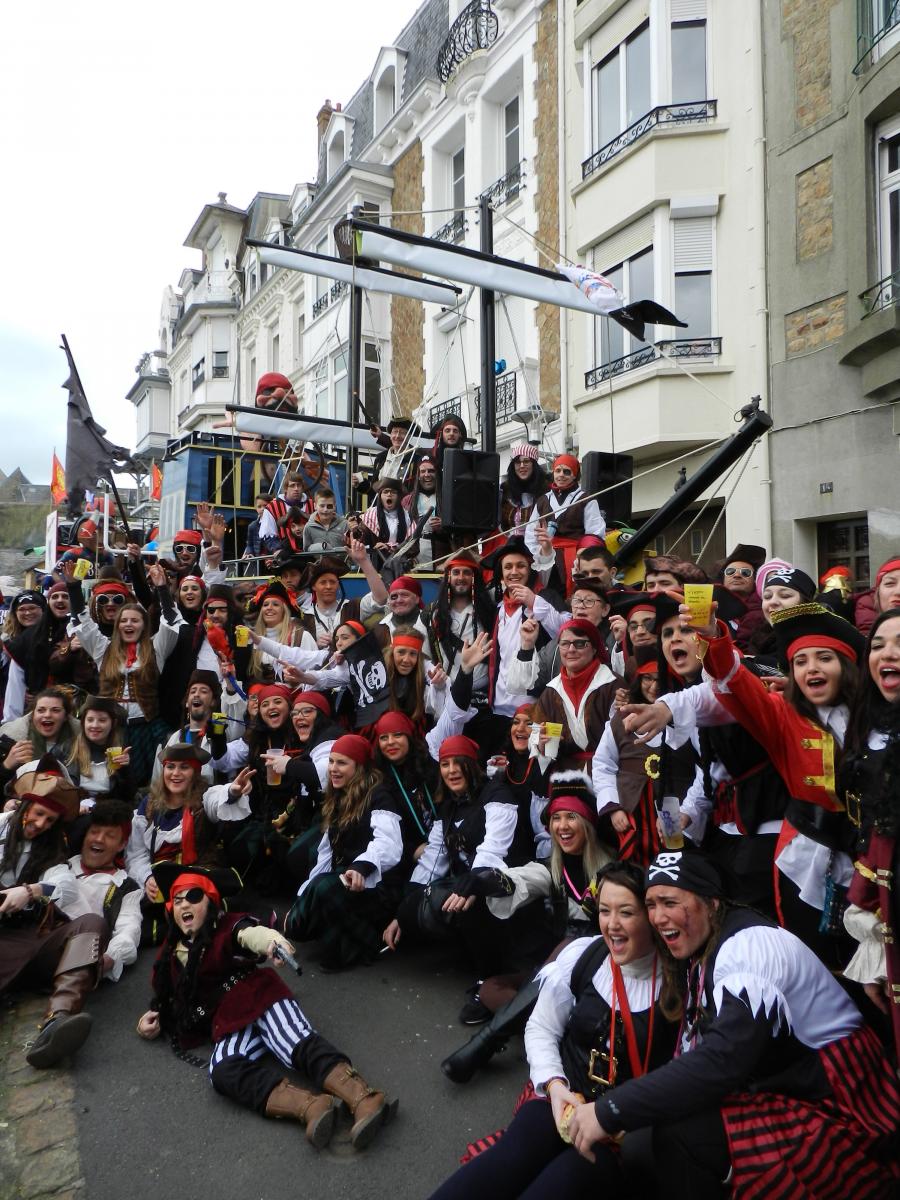 One year after the world-famous Rouen Armada, several majestic tall ships will set course for Normandy again to take part in the very first edition of Fécamp Grand’Escale. This event will bring together tens of sailing ships, yachts and steamboats at the heart of the Alabaster Coast from 1 to 5 July. Numerous nautical activities, exhibitions, concerts and firework displays will take place around the port for 5 days of family fun! 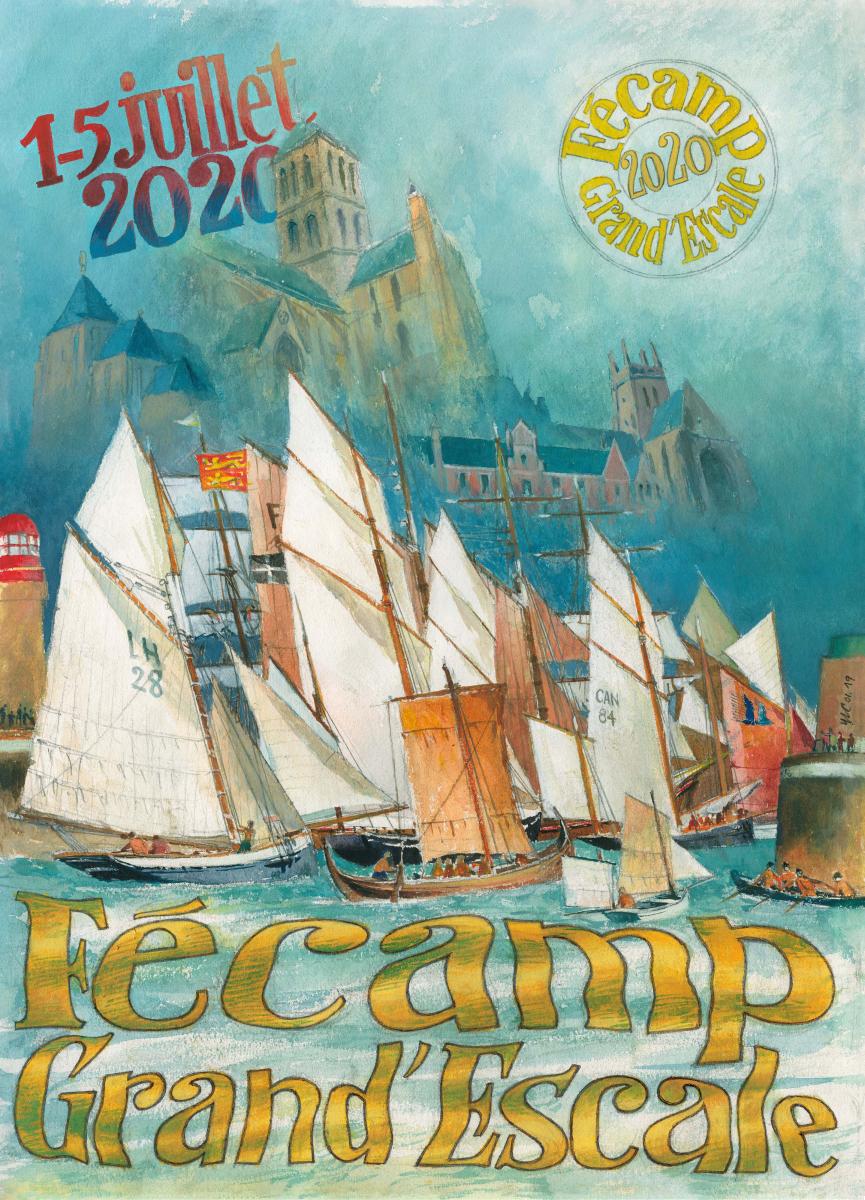 Listed as one of the 300 largest outdoor events in the world, Dieppe's famous kite festival takes place every other year. From 12 to 20 September 2020, hundreds of kites big and small will fill the air, making for a magical and unforgettable experience. Held on Europe's largest seafront lawns, this free event brings together over 1000 professionals from 5 continents with half a million visitors. 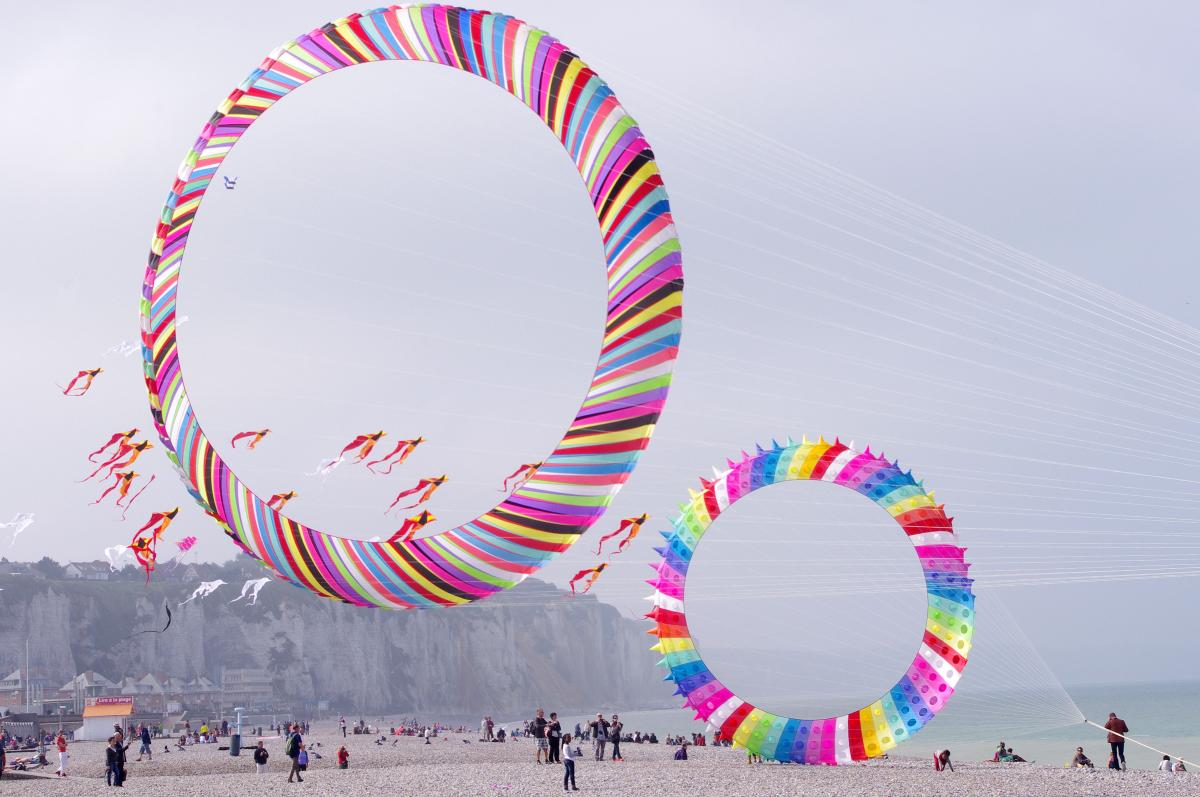 Cabourg seaside resort is famous for being Marcel Proust's favourite retreat and is the inspiration for Balbec, the seaside resort in Proust's novel In Search of Lost Time. When it opens its doors in the heart of Cabourg in October, this new immersive museum will showcase the spirit of the Belle Époque and explore the history of the Flowered Coast through the eyes of the famous author. It will come complete with a contemporary art room and a re-creation of a 19th-century garden. 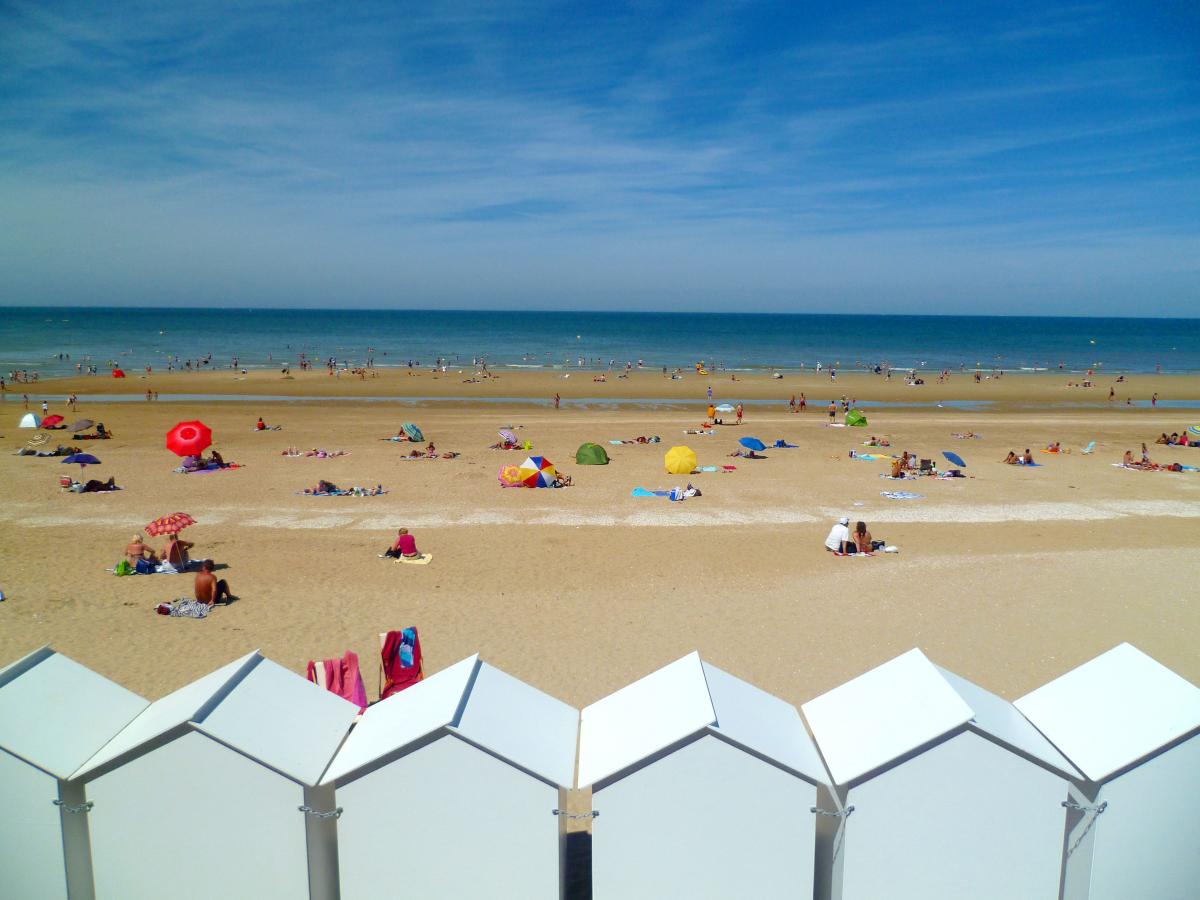 Just five minutes’ walk from Deauville beach, this new site will house a museum, an auditorium and a media library. When it opens its doors in June, the museum will display a unique and important collection of works by André Hambourg, who donated over 500 paintings to the town, along with figurative and contemporary pieces. Beautifully restored, the old convent in which the site is located is an attraction in itself. 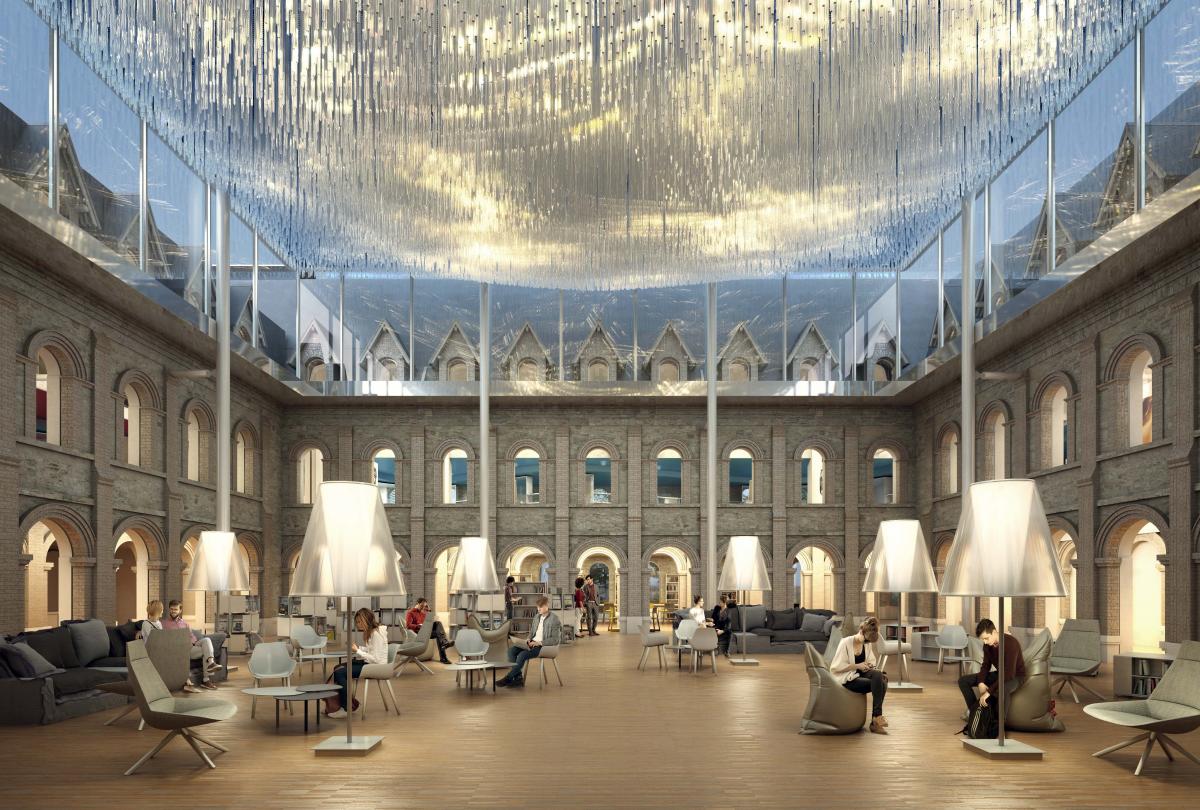 The Normandy World Peace Forum is a major international event initiated by the Normandy Region, which will be attended by heads of state, leading academics, political specialists and guest speakers. The third edition will take place from 3 to 5 June 2020 in Caen, just before the anniversary of D-Day and the Battle of Normandy, and will provide a platform for reflection and exchange on world tensions and peace building. 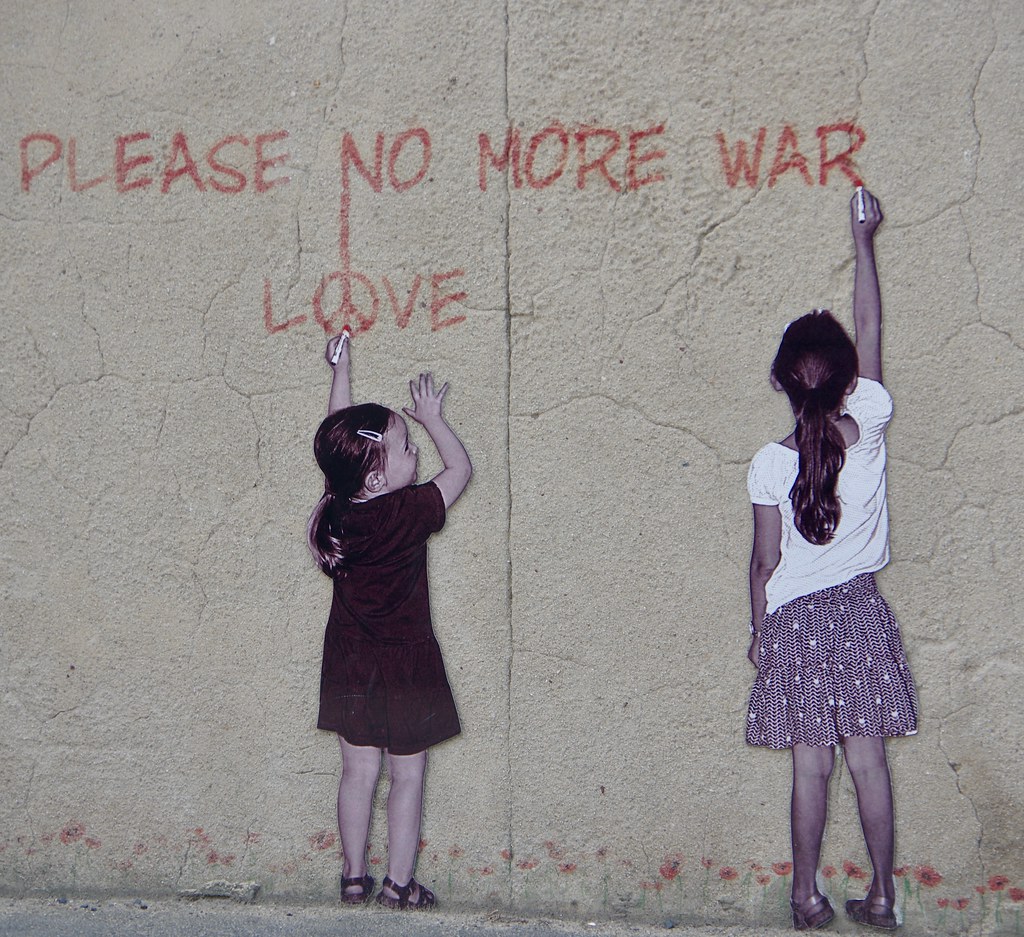 Designed by Liam O’Connor, the award-winning architect behind London’s Bomber Command Memorial, this new site will honour the 22,000 soldiers, sailors, marines and airmen who died fighting under British command during D-Day and the Battle of Normandy. It will stand on a commanding site

overlooking Gold Beach, near the town of Ver-sur-Mer. To open on 5 September. 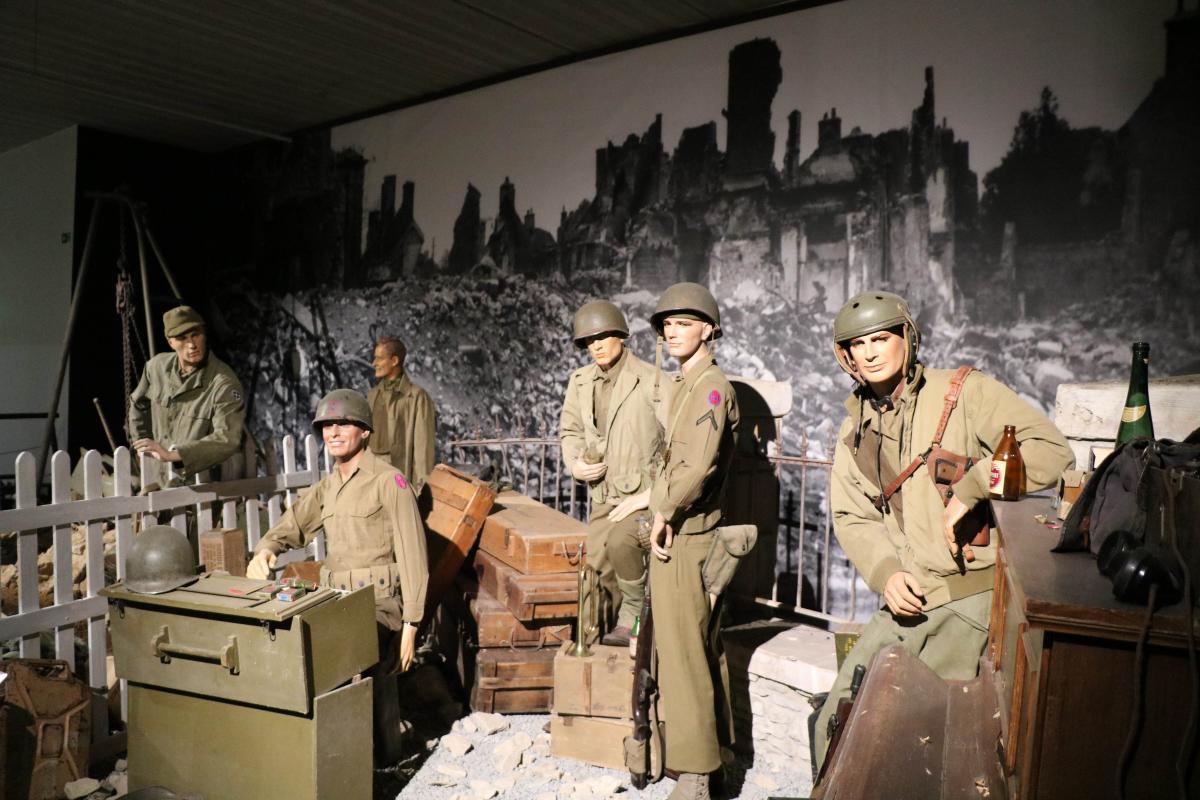 New unique exhibition at the Panorama XXL in Rouen

The first and only Panorama in France, this 31-metre high rotunda offers 360° panoramic views of circular paintings by the German artist, Yadegar Asisi. On world exclusive display from May until autumn 2021, a new panorama of Rouen Cathedral with Claude Monet and Impressionism as the central theme. 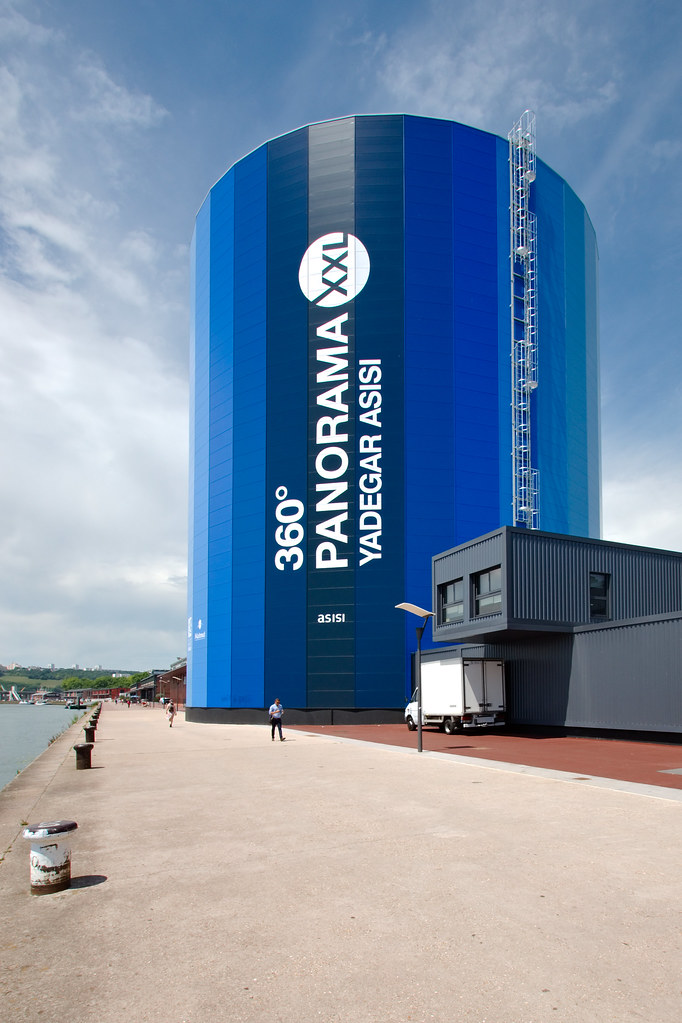 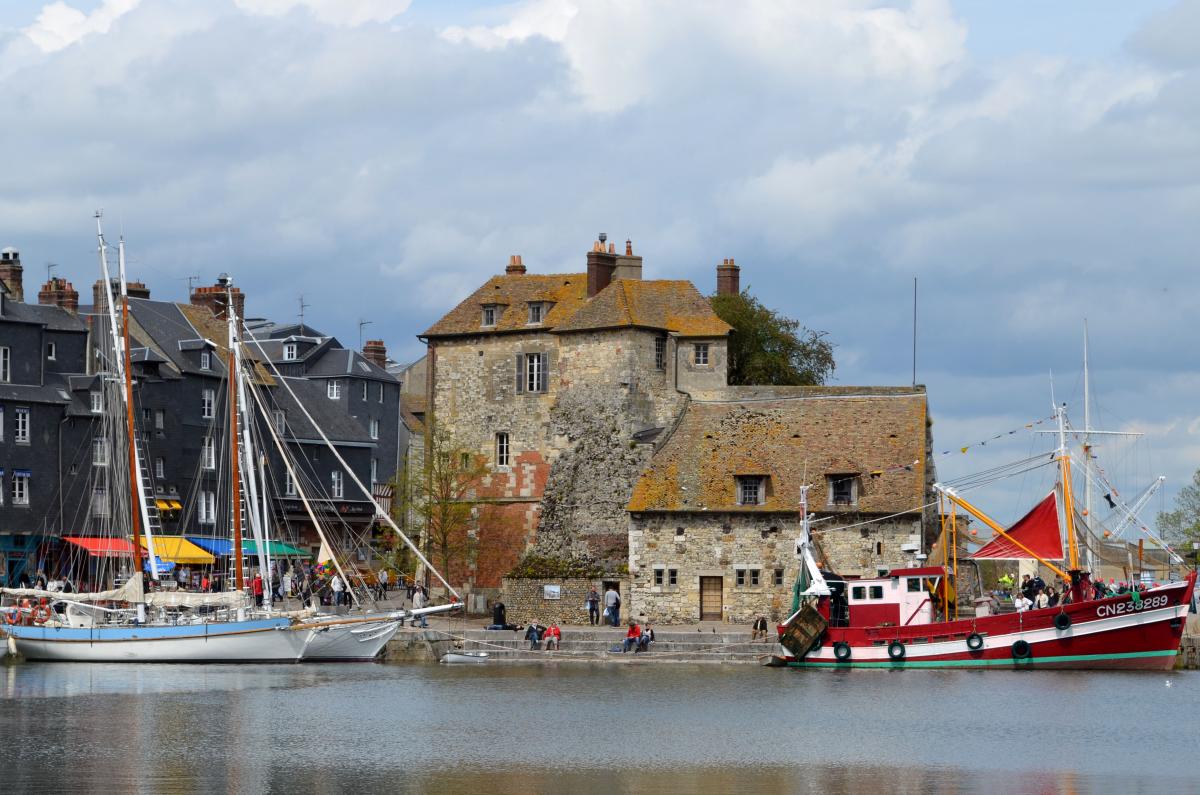 The «Wonder of the Western World» and its bay are both included on the UNESCO list of World Cultural and Natural Heritage sites. In 2015 the Mont-Saint-Michel became an island once more, with a long-awaited new bridge now connecting it to the mainland. 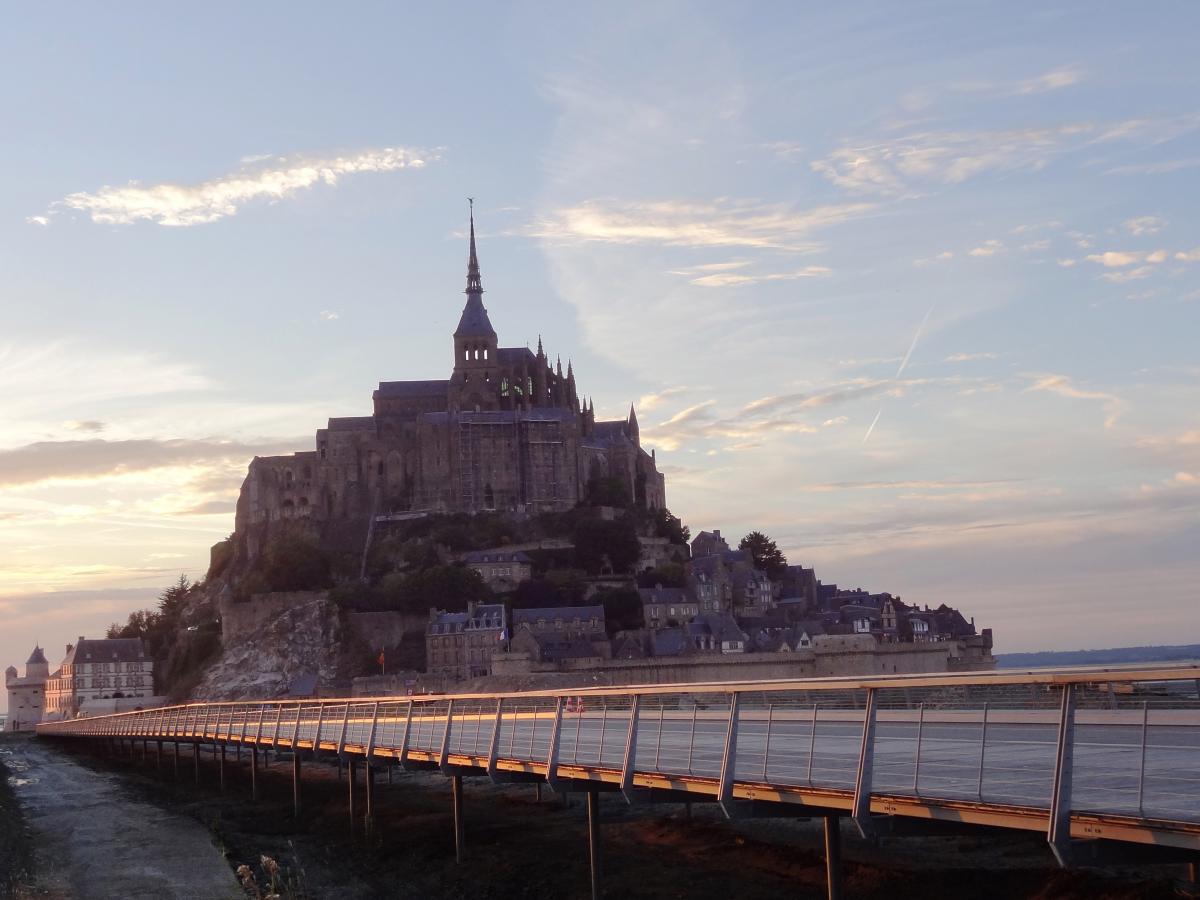 The dramatic white cliffs of Etretat inspired many artists and writers such as Monet and Boudin together with Flaubert and Maupassant. The main town on the Alabaster Coast, Dieppe, was France’s first seaside resort. 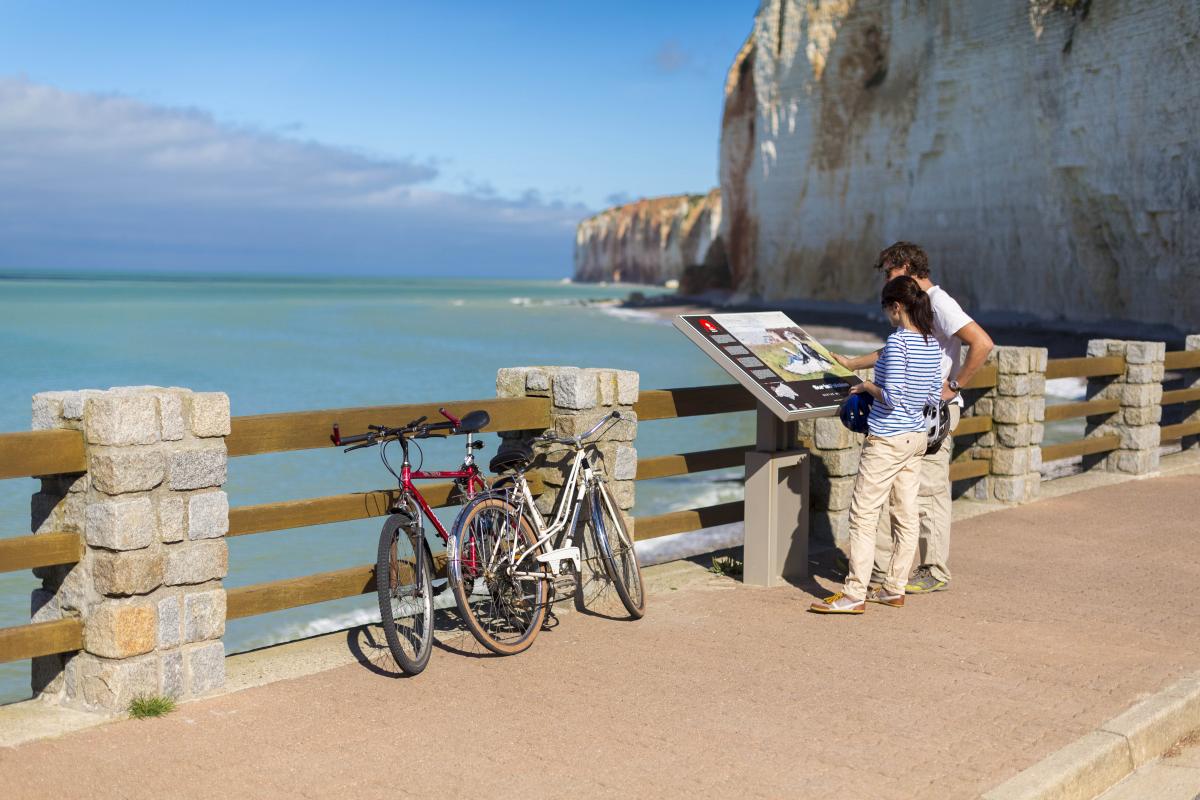 Recently voted 2nd best market in the whole country! Dieppe's Saturday morning market truly is a must-see! Full of flavours, scents and colours, it is packed with regional produce and stretches over 2km! 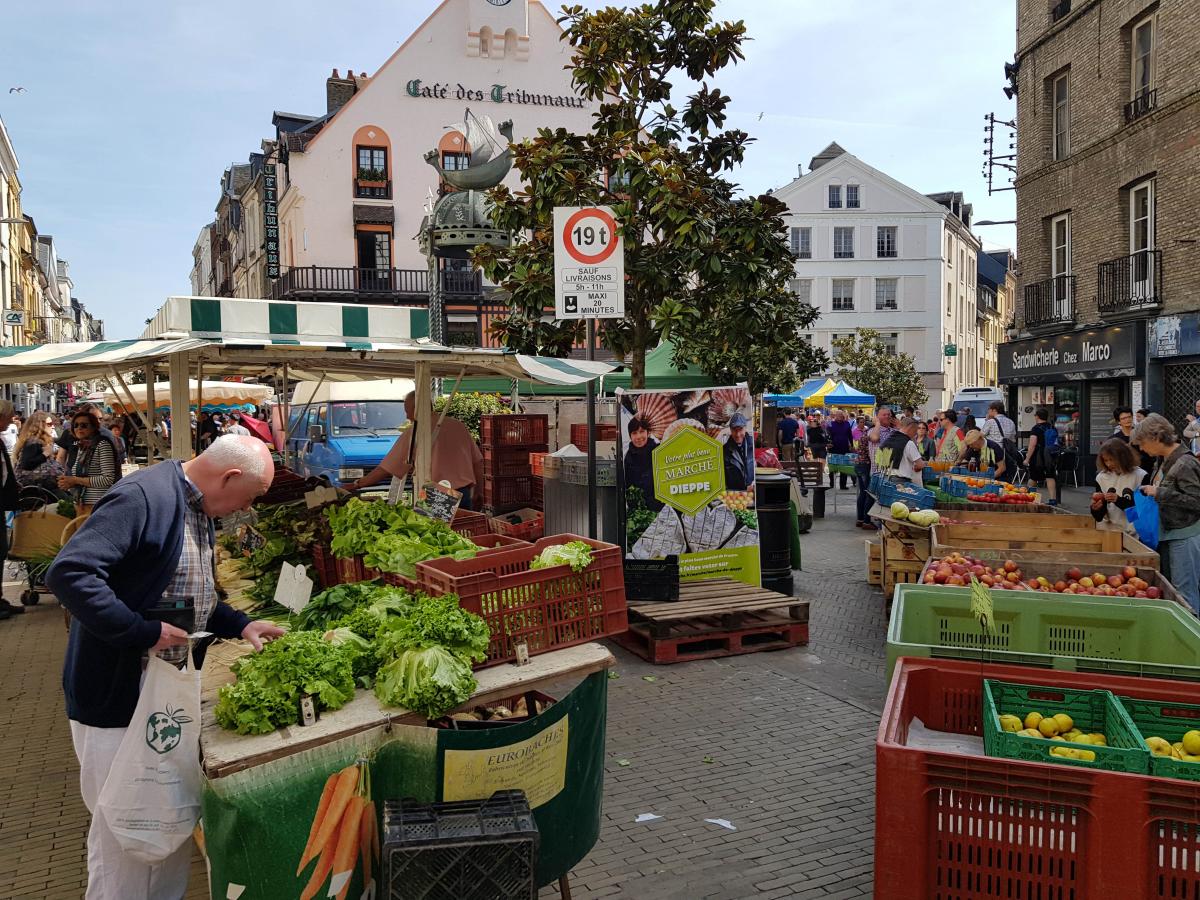 Normandy’s Channel coast is world famous for the part it played on 6th June 1944. The landings were launched on five beaches of the Calvados and Manche counties codenamed Utah, Omaha, Gold, Juno and Sword. 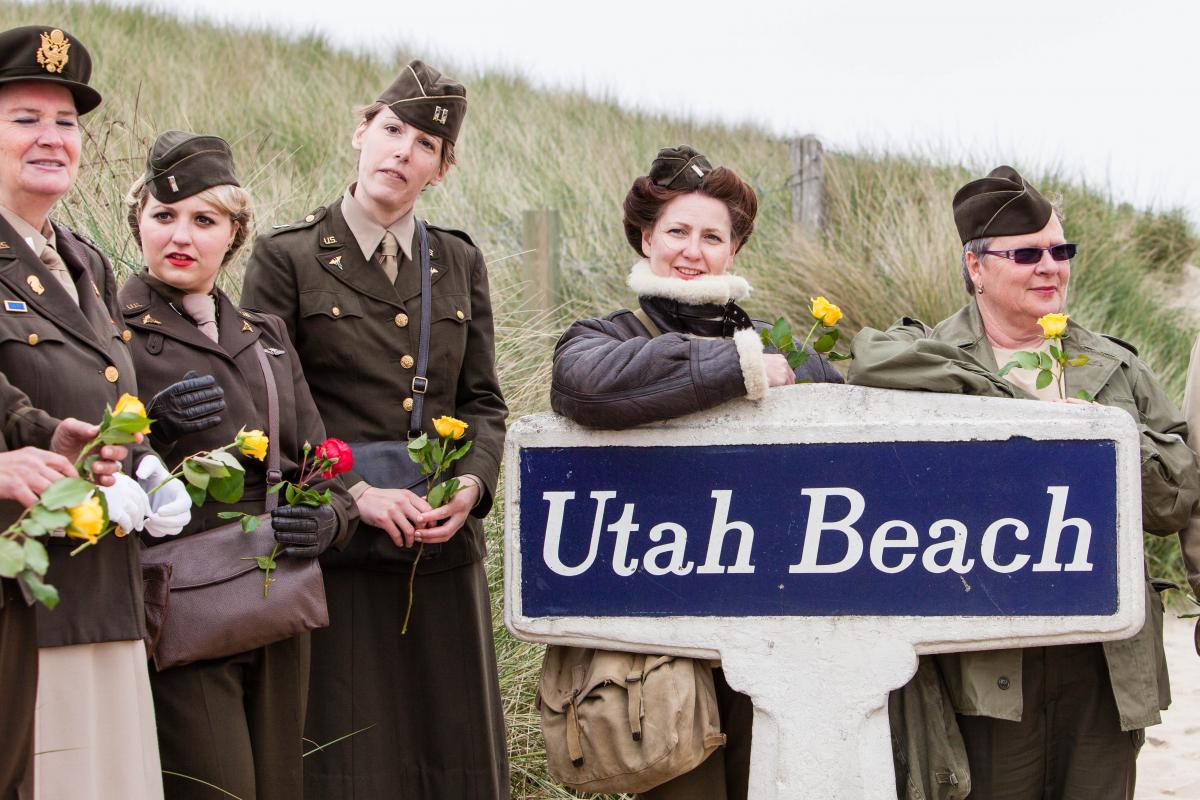 Situated North West, discover the charm of Cotentin. Admire the town’s traditional architecture and fishing ports. La Cité de la Mer aquarium in Cherbourg is also on hand, offering the largest submarine open to public in which you can learn all about life at sea. The vast parks provide interesting and beautiful trails while thrill seekers can try their hand at the many water-sports on offer. 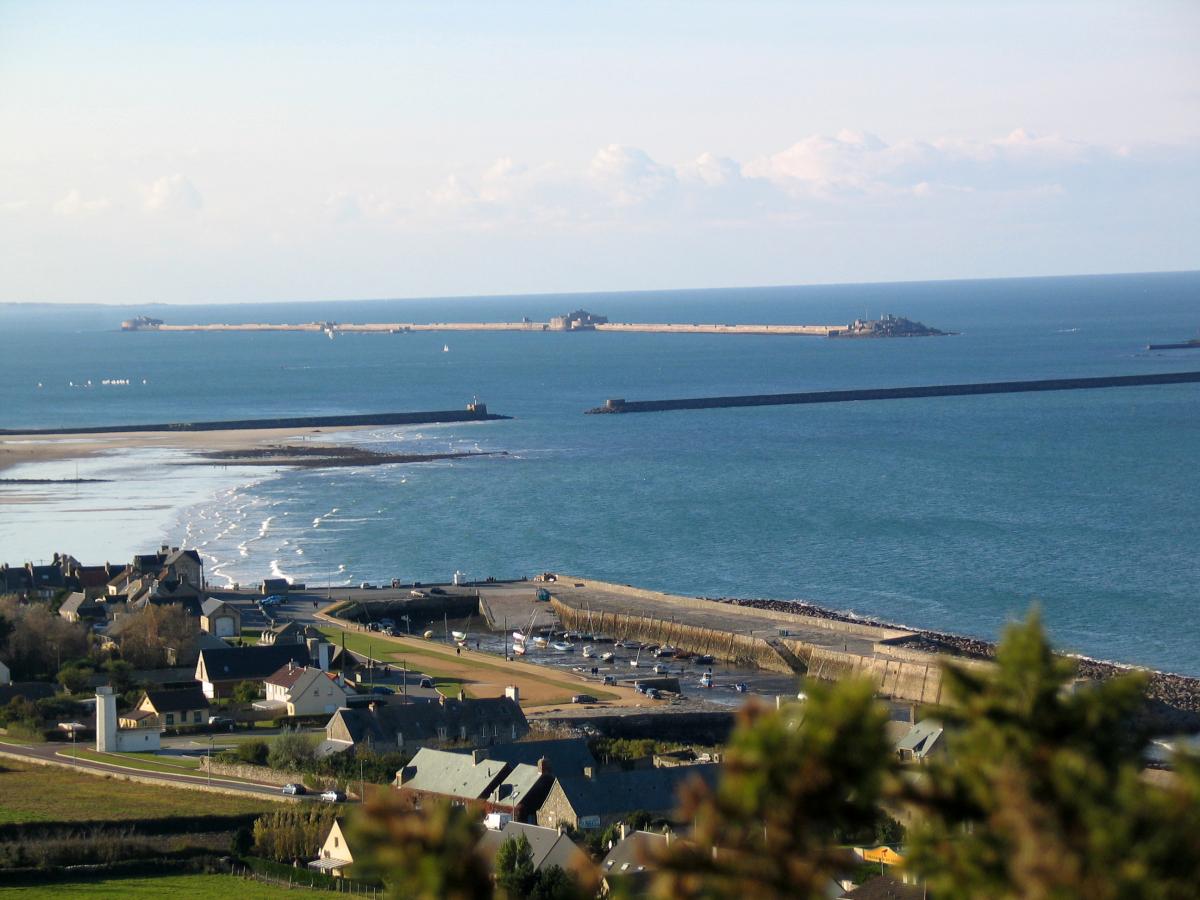 Each year, viewers of the 'Village Préféré des Français' TV-programme are asked to decide on their favourite French village out of a selection of 14 contenders. This year, Saint-Vaast-la-Hougue was proudly representing Normandy, and won the title!

Saint-Vaast-la-Hougue truly is unique! With its narrow streets, good restaurants and shops (including the famous Maison Gosselin), gorgeous setting, relaxed atmosphere, UNESCO-listed Vauban Towers and its very own Tatihou Island, it's a seaside village unlike any other. 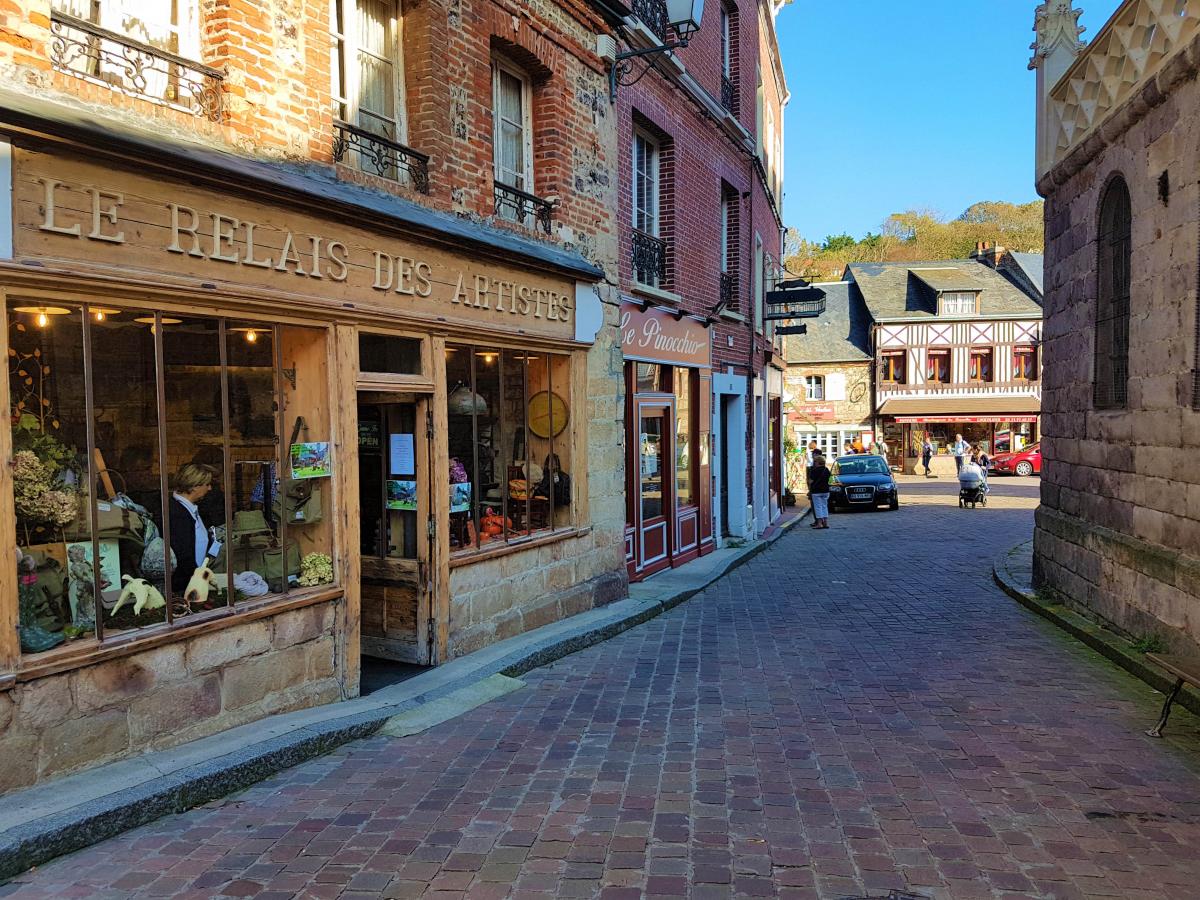 This quaint artist’s retreat on the banks of the Seine became home to Monet in 1883. The original Japanese bridge and water lilies can be seen at the Fondation Monet and the Musée des Impressionnismes is well worth a visit as well. 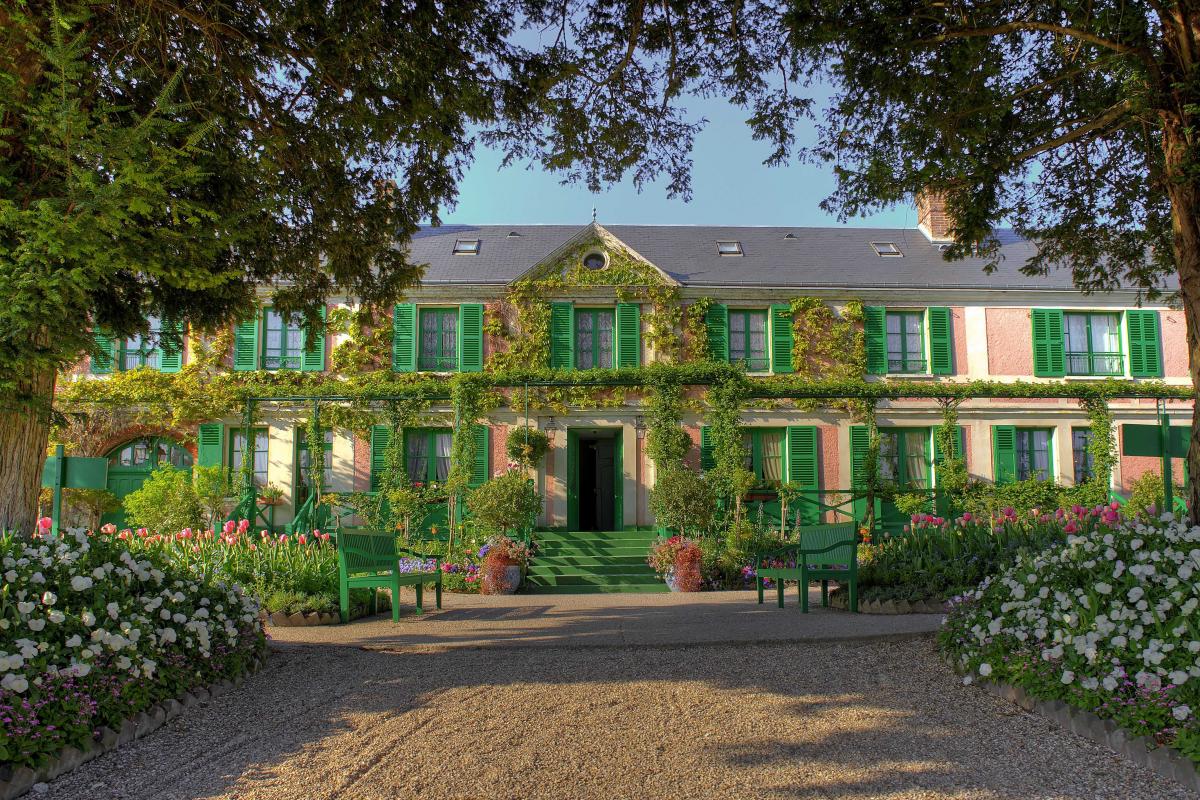 Caen is a modern city with historical sites such as the Abbaye aux Hommes and Abbaye aux Dames together with the Caen Memorial, peace museum. 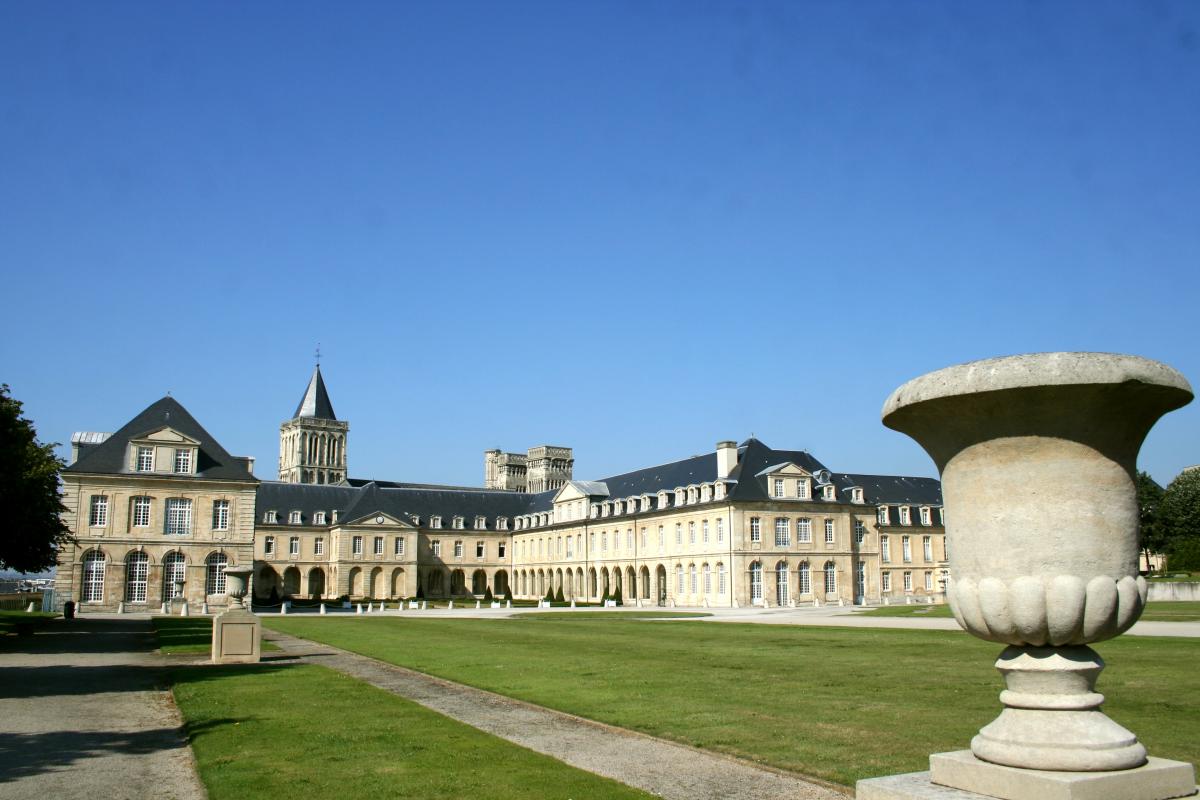 Bayeux, medieval modern city, is home to the famous 11th century Unesco listed Bayeux Tapestry that tells the tale of the conquest of England by William the Conqueror, Duke of Normandy. Rouen is the historical capital of Normandy, with its paved streets, half-timbered buildings, Gothic churches where you can follow in the footsteps of Joan of Arc and Claude Monet who painted his series of cathedral in the city centre. 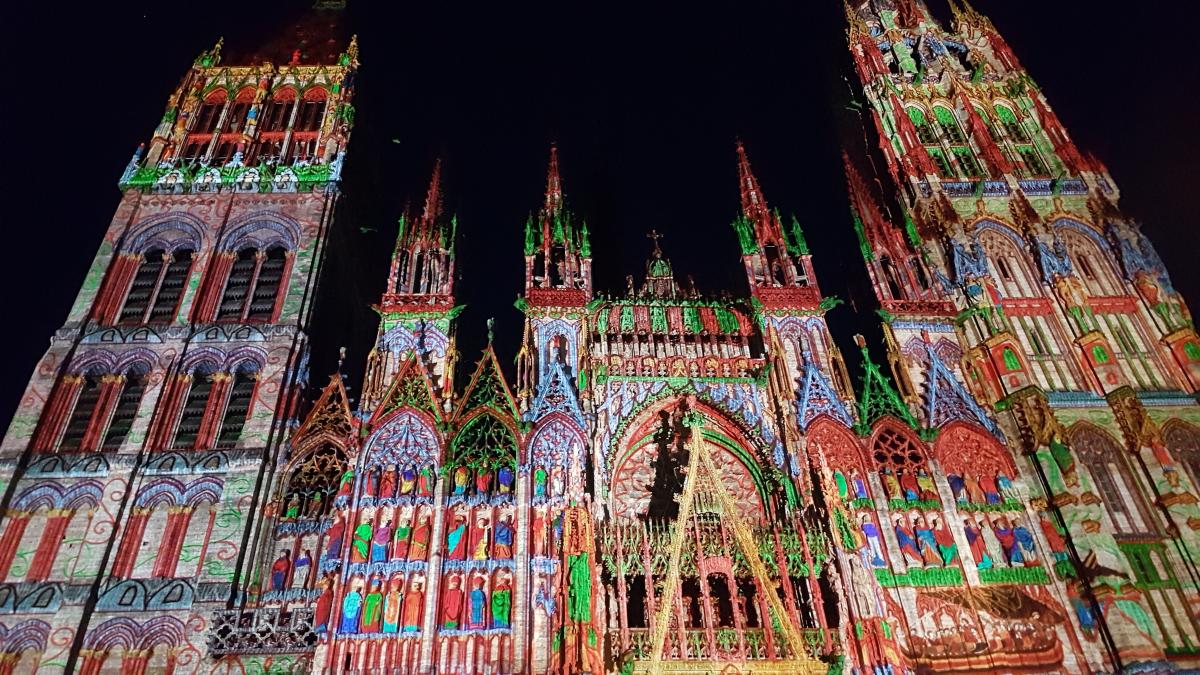 Alençon honoured by UNESCO, as well as by a museum in town, Alençon is particularly proud of its unique lace-making traditions… as it is of its many extraordinary women. The town has architectural highlights too as one-time capital of a little duchy and as historic capital of the southern Norman département of Orne. 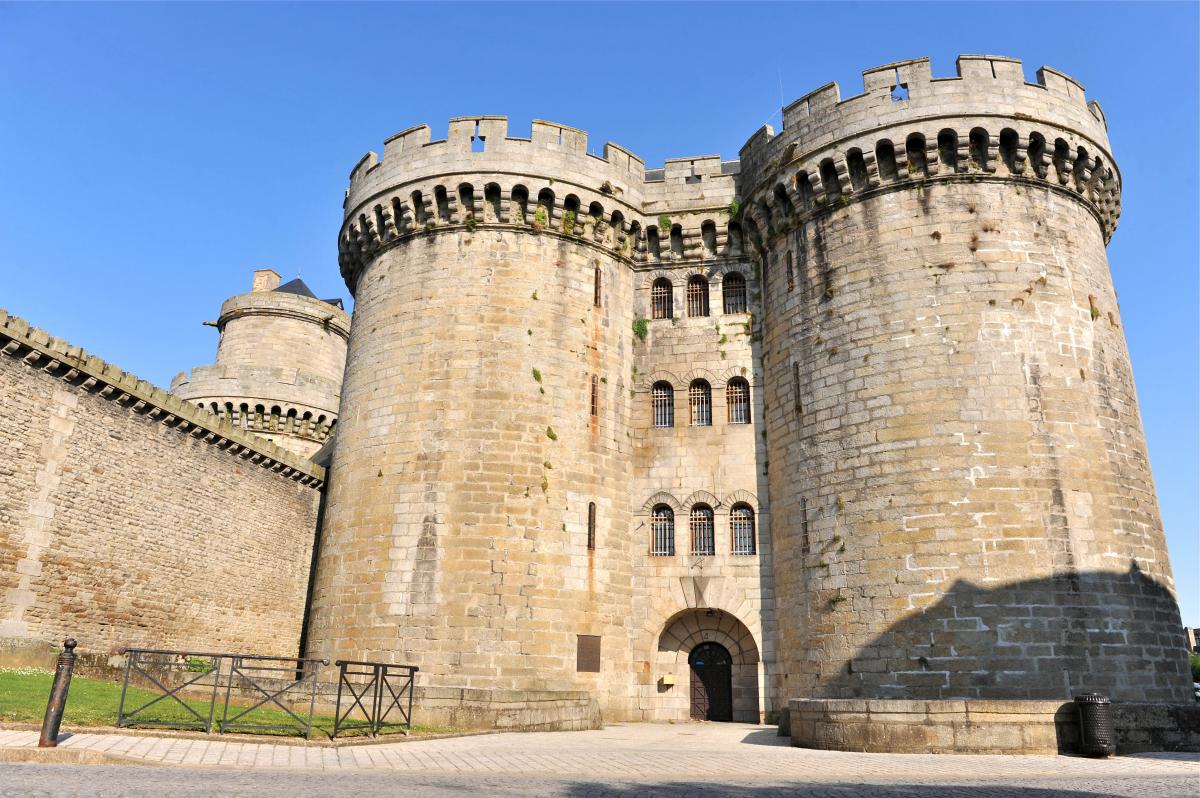 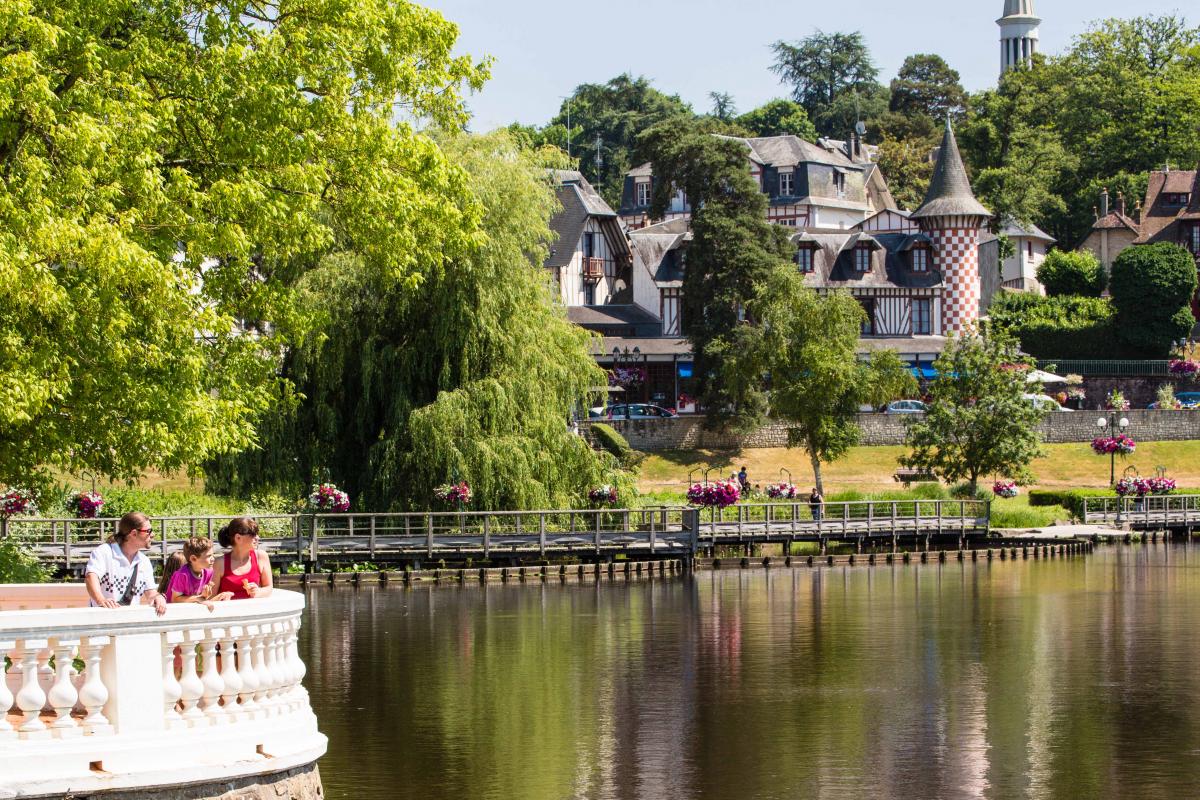 Plan your trip in Normandy and refer to this map where you will find the must-see sites.

Brochures, useful addresses, maps… all you need to plan your stay in Normandy!

Do you prefer staying by the seaside, in the country or is a city break more your kind of holiday? Hotels, outstanding hotels and restaurants, B&Bs and gîtes, campsites, holiday villages and also atypical accommodation… you’ll be spoilt for choice in Normandy. 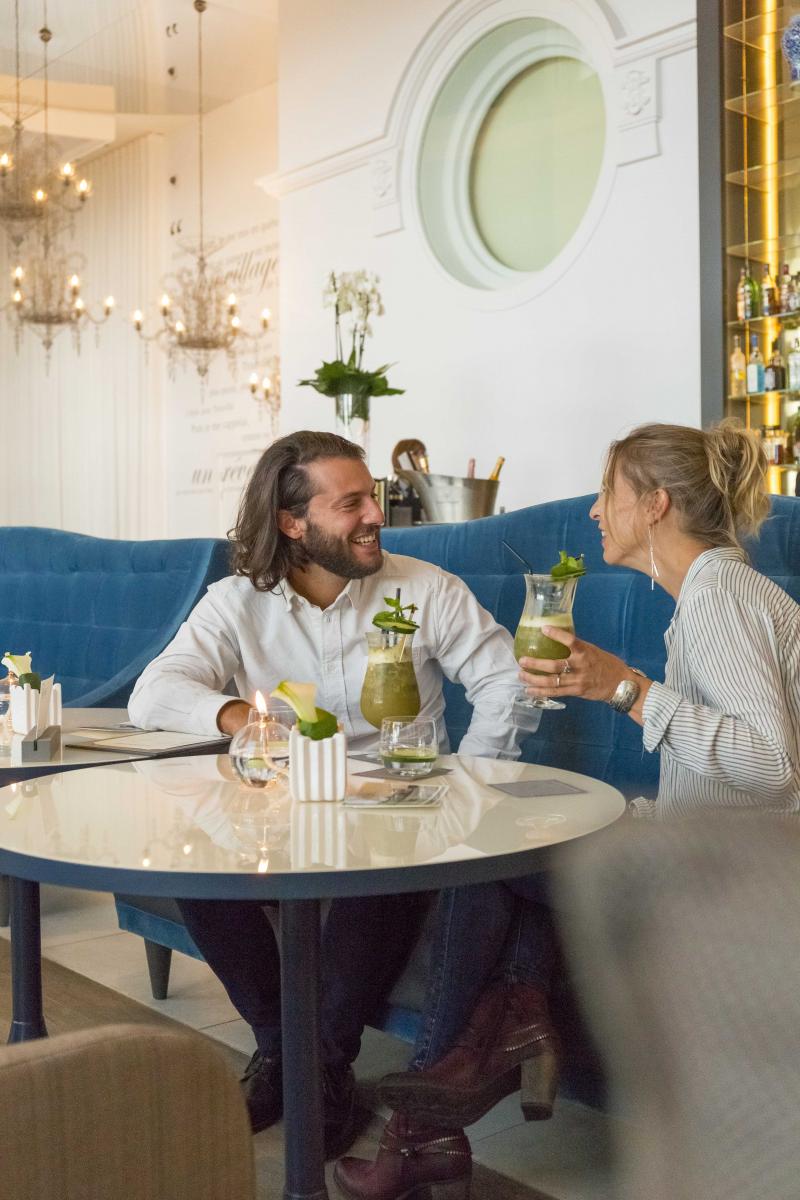